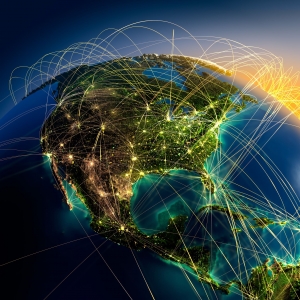 In the current scenario of the global marketplace, it is very essential to make software products which are sensitive to the different location and cultural expectations of users around the world. Most non-English-speaking customers have operating system in their local language and they expect that computer programs will not fail on their computers, also they want that the software is available in their native language as well. The software companies which ensure that their software products are easily acceptable in different regions and cultures will definitely gain more market share than the company’s which do not focus on globalization.

QALogic Testing services considers many aspects when testing globalized software. These include, but are not limited to, the following issues:

1.  Cultural sensitivity icons and display: For example, the rural mailbox is not known outside of North America.
2.  Sensitivity to the English vocabulary
3.  Date and time formatting
4.  Currency handling: For example, handling of multiple currencies in an online shop or catalog.
5.  Paper sizes for printing: Standard paper sizes can vary from country to country.
6.  Address and telephone number formatting: For example, some countries do not have states, so making ‘State’ a mandatory field in an address can cause problems.
7.  Some languages tend to be more verbose than others. For example, a French sentence is, on average, almost 1.5 times as long as the equivalent English sentence. When designing GUIs that will be translated, this type of discrepancy must be taken into account; otherwise, text might overflow its intended location. Internal buffers must be long enough to accommodate translated versions of their text.

© 2014 All Rights Reserved. Developed by qalogictesting